Here we go again! This time Lithuania BANS RT, claiming it is led by journalist who heads TOTALLY DIFFERENT network

Here we go again! This time Lithuania BANS RT, claiming it is led by journalist who heads TOTALLY DIFFERENT network

Lithuania has followed its neighbor Latvia’s lead to ban five RT channels based on “recommendations” from the country’s Foreign Ministry, but offered the same bogus and bizarre excuse for the decision.

Indeed, officials in Vilnius were no more creative with their reasoning for the ban than those in Riga last month, as they came up with the same faulty logic to justify their censorship. Announcing the ban, the regulator said it was being handed down because RT is headed by Russian journalist Dmitry Kiselyov, who is under EU sanctions.

In actual fact, Kiselyov has nothing to do with RT and heads an entirely different news organization called Rossiya Segodnya.

The head of the Lithuanian regulator, Mantas Martisius, confirmed on Wednesday that the decision was “not about violations” made by RT, but about the fact that Kiselyov is under Brussels’ sanctions.

Evidently, Martisius did not see RT’s earlier article and statements explaining the difference between the two networks — information also easily accessible through Google.

The International Federation of Journalists condemned Latvia’s earlier decision to ban RT’s broadcasting, saying it violates freedom of the press and terming it a “clear act of censorship.”

The latest ban is set to take effect on Thursday. 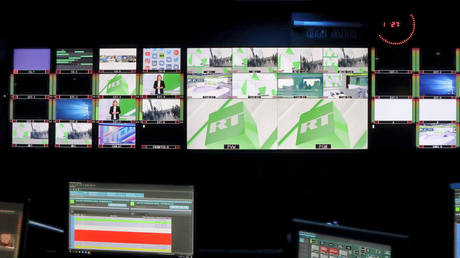 ‘Naive is an understatement’:...