At least seven people were killed after a helicopter belonging to an international peacekeeping force crashed in Egypt’s Sinai Peninsula on Thursday, Israeli and Egyptian officials have confirmed.

Five Americans were among those killed in the crash, AP reported, citing an Israeli official. The victims also included French and Czech members of the peacekeeping forces, according to the official, who added that Israel initially sent a helicopter to rescue any wounded.

However, that mission was called off after the deaths were confirmed.

The Multinational Force and Observers (MFO) office in Israel confirmed there had been a helicopter accident, Reuters reported.

Speaking about the crash, an Egyptian official said the aircraft involved was a UH-60 Black Hawk on a reconnaissance mission, and the accident happened near the island of Tiran. The apparent cause of the crash was a technical failure, the official added.

The international force has 1,154 military personnel from 13 states, with Americans making up the largest contingent, with 452 people.

The MFO covers an area of more than 10,000 square kilometers (3,860 square miles) in the Sinai, where its peacekeepers monitor adherence to the 1979 peace agreement between Israel and Egypt. 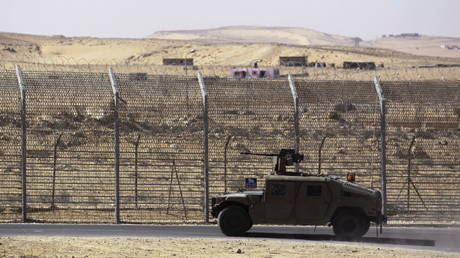