Close
Trending News
HomeWorld‘Hegemonic behavior’: Beijing pushes back against US crackdown on Huawei

‘Hegemonic behavior’: Beijing pushes back against US crackdown on Huawei

‘Hegemonic behavior’: Beijing pushes back against US crackdown on Huawei

China will stand up against the pressure the United States is piling on Huawei, the Foreign Ministry said the day after Washington tightened existing restrictions on Chinese tech firms.

Chinese Foreign Ministry spokesman Zhao Lijian lashed out at the US during the daily press briefing on Tuesday, pushing back against America’s latest crackdown on tech giant Huawei.

The US is utilizing unfounded national security concerns to target Huawei and other Chinese companies, Zhao said, describing it as “hegemonic behavior.” Reiterating previous rhetoric, he stated that the US’ targeting of Huawei undermines the foundations of free trade and fair competition.

His statements come shortly after Washington announced new sanctions requiring foreign chipmaking companies to obtain a US license before selling their products to Huawei, provided that they are developed or manufactured using American technology.

The move also saw 38 Huawei affiliates added to the ‘Entity List’ – firms considered to pose a risk to US national security, bringing the total number to 152. 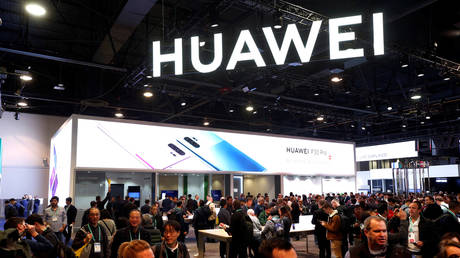