Close
Trending News
HomeWorldHas Hajj been CANCELED over Covid-19 for the FIRST TIME in history? Not if you choose facts over clickbait headlines

Has Hajj been CANCELED over Covid-19 for the FIRST TIME in history? Not if you choose facts over clickbait headlines

Has Hajj been CANCELED over Covid-19 for the FIRST TIME in history? Not if you choose facts over clickbait headlines

Despite slipping off the news radar in recent weeks, the coronavirus has forced Saudi Arabian authorities to “cancel the annual Hajj pilgrimage for the first time in history.” That’s one story making headlines. It’s also untrue.

The Hajj pilgrimage draws more than 2.5 million Muslims to the holy cities of Mecca and Medina every year, and is a journey every able-bodied Muslim is asked to make at least once in their lifetime. Those who do can take the honorific title ‘Hajji,’ after fulfilling one of the five pillars of the Islamic faith.

However, the New York Times reported on Tuesday that, in light of the coronavirus pandemic, Saudi authorities have “canceled” this year’s Hajj – a move the paper described as unprecedented in 1,400 years of Islamic history.

The hajj, the pilgrimage to Mecca that Muslims are obliged to make once in their lives, has been canceled for what some scholars say may be the first time in history. https://t.co/7KwShxOI8M

The headline is shocking, and a reminder of the fearsome power of Covid-19. In reality, Saudi Arabia – which has seen 167,000 coronavirus cases and 1,390 deaths – didn’t cancel the pilgrimage. Instead, it closed the Hajj to overseas pilgrims, restricting the holy journey to only 1,000 Saudis.

Furthermore, the coronavirus isn’t the first world event that’s interfered with the Hajj. According to Middle East Eye, the holy week has been canceled outright on nearly 40 occasions throughout history. A massacre near Mecca ended the Hajj in 865. A century later, another massacre and the theft of the Black Stone from the city’s Grand Mosque suspended the pilgrimage for eight years. Various plagues and epidemics also halted the Hajj, though the 1918 Spanish Flu didn’t.

The Times described this year’s restrictions as sending shockwaves of “grief” around the Muslim world. Would-be pilgrims who were prepared to spend their life savings certainly were upset, with one describing Riyadh’s decision as “a catastrophe on all levels.” However, Muslim commenters also voiced their anger at the New York Times for its “sensationalist” headline.

2020 will be limited but Hajj has been CANCELLED more than three dozen times in history.

World wars, Floods, Plague all had an impact on hajj in the last 1400 years. 1979 #Hajj was disrupted by terrorists.

Do you even bother to research things before you publish them??

Hajj isnt cancelled its been restricted and it has been cancelled many times before.

Here is literally the 3rd hit on Google when you search the topic https://t.co/bK7xCadgWU https://t.co/7SuRIFWwgR

Hey @nytimes, if our small newsroom at @MiddleEastEye can get the facts right, so can you😊https://t.co/lHxlf80Oq0

Sensationalist headlines attract clicks, though, and back when the coronavirus was the only story in the news, the Times was preparing for an outright cancelation, publishing an op-ed by a Muslim scholar in April demanding that Saudi Arabia “suspend the Hajj.”

Not cancelled, even if it was it won’t be the first time in history pic.twitter.com/ZgiLcJJd7t

The search for stories that fit an apocalyptic narrative has led the media down some peculiar avenues since coronavirus emerged earlier this year. When protesters in the US demanded their states be reopened, large gatherings were painted as a public-health nightmare. Governors allowing their citizens outside were accused of making a “human sacrifice.” Then, when ‘Black Lives Matter’ protesters took to the streets in their thousands, the anti-gatherings argument took a back seat in the name of progressivism. The media went silent overnight.

When some states, such as Uruguay, beat the virus with little effort, the media attributed this success to widespread contact tracing – even though the Uruguayan authorities had simply told citizens to wash their hands. A similar experience was reported in Iceland, where a much-touted contact-tracing app made no difference to the spread of the virus, which fizzled out seemingly of its own accord. From all around the world, reports came in that contradicted the mainstream media’s ‘isolate or die’ narrative.

Reality is a messy business, and assumptions touted as gospel by the media don’t often ring true. Perhaps that’s why the Times went with a headline that seems to back up its months of coronavirus fear-mongering, rather than the less interesting but more truthful alternative. Either that or the nation’s paper of record just needed a few extra clicks. 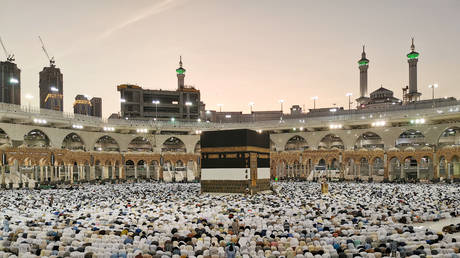 Brits can travel to France, Italy...