Another group abduction occurred in Nigeria on Thursday, with militants killing a police officer and kidnapping five teachers and an unknown number of students in an attack on a school in the northwest of the country.

A gunfight erupted between the attackers and police outside a federal government college in the remote town of Birnin Yauri in the state of Kebbi. The militants eventually overpowered law enforcement, managing to make their way into the building before abducting a number of female students, local media reported.

Kebbi police have confirmed the attack, saying that one officer was shot dead in the gunfight. A student also suffered a bullet wound in the incident and was taken to hospital for treatment.

“We are still trying to ascertain the number of students kidnapped, but five teachers were kidnapped,” police spokesman Nafiu Abubakar told reporters. Security forces were searching a nearby forest in an attempt to track down the kidnappers and their victims, he added.

Panic broke out at the school as parents searched for their kids, eyewitness Atiku Aboki told Reuters. “When we got there we saw students crying, teachers crying, everyone is sympathizing with people,” he said.

More than 800 students have been kidnapped from schools in Nigeria since December. The authorities have blamed the raids on armed groups who are looking for ransom. Some of those students have been rescued by security forces or managed to escape, but many others remain missing.The

Nigerian government has denied ever paying ransom for the return of the kidnapped.

The continuing spate of kidnappings sparked protests in the country’s Niger State in late May, with locals disrupting a major highway while demanding better security and protection from law enforcement. 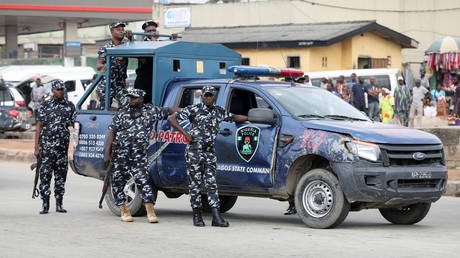