Close
Trending News
HomeWorldGreece vows to expand territorial waters to 12 miles. Turkey once said it would be grounds for war

Greece vows to expand territorial waters to 12 miles. Turkey once said it would be grounds for war

Greece vows to expand territorial waters to 12 miles. Turkey once said it would be grounds for war

Greece’s prime minister has announced his country will soon expand its waters in the Ionian Sea, thus exercising a “sovereign right” which Athens’ nemesis Turkey has previously considered a justification for war.

Athens’ maritime boundaries will be extended from six to 12 nautical miles in the Ionian Sea, which stretches from the western coast of Greece to the eastern coast of Italy. That’s according to a surprise statement by Prime Minister Kyriakos Mitsotakis, who said the corresponding bill will be submitted to Parliament.

The move comes in line with an “inalienable sovereign right” and is based on the Convention on the Law of the Sea, Mitsotakis clarified.

Greece has recently inked two agreements on defining maritime borders – one with Italy and one with Egypt. The deals, which the prime minister said were of “major historical and political significance,” will be put to a parliamentary vote on Thursday.

The developments are sure to anger Turkey, whose Grand National Assembly stated in 1995 that if Greece unilaterally extended its territorial waters it would be a “casus belli” (provocation for war) for Ankara. Turkey referred to the resolution a few years ago, meaning that it wasn’t shelved.

Both countries, which have overlapping territorial claims in the Eastern Mediterranean, have recently engaged in a fiery war of words after oil and gas deposits were discovered in the contested area. The two nations have also staged rival military exercises to send messages to one another. 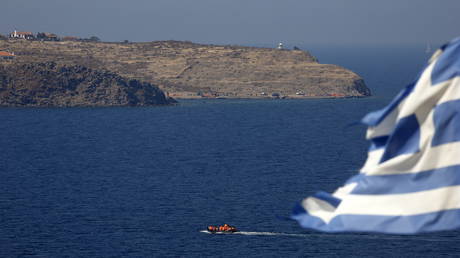 FOMO for all: Social media heighte...