Athens has acknowledged steps taken by Ankara to reduce tensions over disputed waters in the East Mediterranean but said Turkey has yet to demonstrate a genuine commitment to ending the standoff.

The long-time rivals have found themselves locked in a fierce disagreement over oil- and gas-rich parts of the East Mediterranean, with both countries laying claim to the valuable sections of sea. Tensions spiked after Turkey dispatched a survey vessel to map out oil and gas deposits in the region, sparking protests from Athens. The Turkish vessel returned to port last month, helping to deflate the ballooning diplomatic crisis.

“Our country welcomes as positive a first step made by Turkey towards de-escalating the recent tensions,” Greek Prime Minister Kyriakos Mitsotakis said on Tuesday, adding that it was still unclear if Ankara was “sincere” in its desire to find a solution to the territorial quarrel.

It is up to Turkey to close the path of crisis and open a path of resolution. We are willing to meet it on that second path and I’m optimistic that is the route we will take, to the benefit of our two peoples.

The Turkish presidency said President Recep Tayyip Erdogan spoke to Merkel by video conference and told her that the EU “succumbed to blackmail” from Greece and Cyprus, with whom Turkey is involved in the maritime-claims dispute.

Erdogan has signaled that he is willing to “give diplomacy a chance,” while continuing to stand firm on his country’s territorial claims.

Some of his more recent comments on the touchy issue have been less than diplomatic. In a video conference with German Chancellor Angela Merkel on Tuesday, the Turkish leader accused the European Union of “succumbing to blackmail” from Greece and Cyprus.

Last week, NATO Secretary-General Jens Stoltenberg announced the creation of a joint hotline designed to stave off accidental naval and aerial clashes in the disputed area as part of a larger initiative to encourage dialogue and de-escalation between Athens and Ankara.

The two nations had an altercation at sea in August when a Turkish and a Greek warship were involved in a  “mini collision.” Athens said the incident was an accident, but Ankara accused the Greeks of carrying out an intentional provocation. 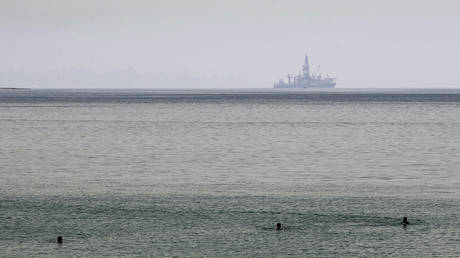