Close
Trending News
HomeWorldGrand theft agua: Up to HALF of world’s water supply is being stolen, new report claims

Grand theft agua: Up to HALF of world’s water supply is being stolen, new report claims

Grand theft agua: Up to HALF of world’s water supply is being stolen, new report claims

New research suggests that somewhere between 30 to 50 percent of the world’s water supply is being illegally siphoned off and is not being paid for or counted, reviving debate about how we define water.

In their paper, the researchers argue that a lack of any widely-accepted definition of what constitutes water theft, or whether it can even exist at all, precludes coordinated effort from governments, regulators and communities and therefore hamstrings any efforts at enforcement and policing of water resources.

The study points the blame squarely at the political, legal and institutional establishments which it says are fundamentally flawed and incapable of protecting one of the planet’s most precious resources.

Some define access to water as a human right, rendering the concept of water theft null and void. Others see it as a commodity to which value ought to be assigned, so that the price control mechanism can do its job in maintaining efficiency and sustainability of distribution.

Agriculture accounts for roughly 70 percent of human water use, and water is therefore most often stolen for agricultural purposes.

For this reason, the researchers examined case studies from three different continents: the marijuana industry in California, strawberry farming in Spain, and cotton production in Australia, all three of which are water-intensive processes.

In the Spanish case study, the researchers found that environmental regulations aimed at protecting a bird sanctuary were flouted.

In all three cases, they found that there was insufficient punishment to dissuade people from stealing water, often treated and purified by local governments. Just this month water theft charges leveled against two Australian cotton farmers were dismissed as the alleged offenses could not be proven beyond a reasonable doubt.

Across all three examples, the root causes of water insecurity and scarcity were not being addressed. To solve the problem, the authors suggest more effective monitoring and proper supply to help reduce water theft, in combination with greater penalties and higher degrees of enforcement to further dissuade the practice.

Several lawsuits have been brought against corporations from the oil and gas industry, to manufacturing and food and drink companies in recent years and highlight just how contentious an issue water theft really is.

For example, in 2018, Nestle siphoned off 45 million gallons of pristine spring water from California’s Strawberry Creek and bottled it.

Technically, this water was bought, not stolen, from the federal government – for pennies on the dollar. The company then sold the water back to the American people under the Arrowhead Water label. Nestle Waters’ worldwide sales exceeded $7.8 billion in 2018 alone.

However, at least one lawsuit suggests that the water in question was actually groundwater and not spring water, which falls under different regulatory guidelines, potentially rendering the initial sale of the water illegal.

This and a slew of other lawsuits highlight the complexity of the issue and the sheer volume of legal framework that is missing across the globe at a time when droughts are becoming an issue that affects populations from Australia, to Middle East and North Africa and the bread basket of the US in California. 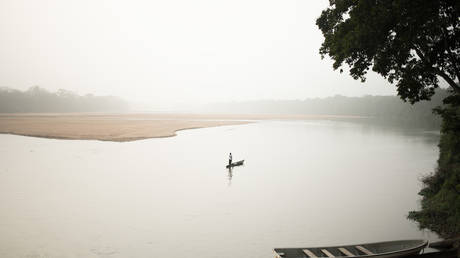