Google has announced that it is appealing the “disproportionate” €500 ($591) million fine imposed upon it by the French competition authority, which accused the US internet giant of not respecting copyright rules.

In a statement issued on Wednesday, the chief of Google France, Sebastien Missoffe, slammed the hefty sum: “We disagree with a number of legal elements, and believe that the fine is disproportionate to our efforts to reach an agreement and comply with the new law.”

Missoffe further added that the company continues “to work hard to resolve this case and put deals in place. This includes expanding offers to 1,200 publishers, clarifying aspects of our contracts, and sharing more data as requested by the French Competition Authority.”

France’s antitrust watchdog slapped Google with “its biggest ever fine” to date at half a billion euros in mid-July for failing to work with media outlets “in good faith” in line with a European Union (EU) copyright rule. The so-called “neighboring rights” for publishers ensure that news agencies are paid for their articles and photos when featured on online service providers.

The French competition authority ruled that the US company must either ensure publishers are given “remuneration for the current use of their copyrighted content,” or face additional fines of €900,000 a day.

Google has been slapped with multiple fines by France this year alone. A probe launched by France’s antitrust watchdog found in June that the provider was misusing its privilege as a major search engine and was profiting off algorithms, which led to a €220 million penalty.

In February, Alphabet Google was ordered to pay $76 million in compensation to 121 national and local French news publishers to end the long-standing copyright dispute.

Only a few other countries have implemented the EU’s copyright rule. Publishers from states that have adopted the law can insist on remuneration for their content being shown on online platforms. 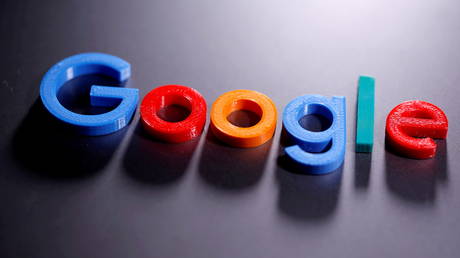 Hurricane Ida may cause $18 billio...