The European Medicines Agency has received an application from pharmaceutical giant AstraZeneca for the conditional marketing authorization of their Covid-19 jab.

On Tuesday, the European Medicines Agency (EMA) confirmed that AstraZeneca had applied for its vaccine to be approved for use across the EU.

Good news! @AstraZeneca has applied to @EMA_News to have its vaccine authorised in the EU. @EMA_News will assess the vaccine’s safety & efficacy.

Once the vaccine receives a positive scientific opinion, we will work full speed to authorise its use in Europe.

The EMA could make a decision on the UK-developed jab by January 29, the organization said on its website.

“Such a short timeframe for evaluation is only possible because EMA has already reviewed some data on the vaccine during a rolling review,” the EMA said.

Any recommendation by the EMA would then have to be approved by the EU before it can be used in any of the 27 nations of the European bloc.

The jab could become the third vaccine to be given the green light after the EU granted market access to Pfizer/BioNTech and Moderna.

The UK began rollout of the vaccine last week; it is reportedly much easier to transport, store and administer as it does not need to be kept at sub-zero temperatures, unlike the vaccines produced by Pfizer and Moderna. 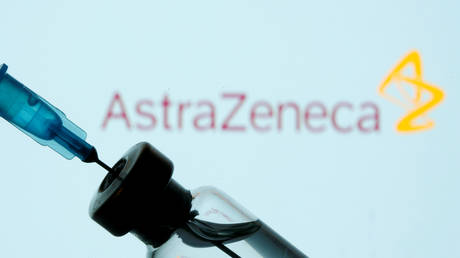