Germany’s reunification 30 years ago could have started an era of unprecedented cooperation between the US, Europe and Russia, German ex-diplomat Frank Elbe told RT. Yet, Washington chose domination over lucrative partnership.

On October 3, Germany celebrates the day of national unity – a holiday marking the moment when capitalist West Germany and socialist East Germany officially merged into one state once again. With Moscow still having a sway over the situation in the East, the historical reunification could not have been possible without the tacit support of the then-Soviet leader, Mikhail Gorbachev, who repeatedly stated that the Germans should determine their fate themselves.

The reunification was followed by the adoption of the Paris Charter for a New Europe – a universal document signed by 32 European nations, including the former members of the Soviet bloc, as well as the US and Canada. It could have helped Europe to leave the legacy of the Cold War behind and pave the way for a united cooperation space “from Vancouver to Vladivostok,” veteran German diplomat Frank Elbe told RT Deutsch.

“If it did have happened as we had decided [at that time] and the cooperation zone from Vancouver to Vladivostok had been created, everyone, including the West, Russia, the former Soviet states and Americans, would have benefited from it, including from a strategic point of view,” he said. “That would be an incredible synergy in political and economic fields.”

Yet, hopes for a brighter future were eventually dashed by Washington’s geopolitical ambitions since America quickly declared itself the only superpower and adopted a strategy of “controlling” the rest of the world, including Europe and the former Soviet states, instead of even trying to build cooperation with them, the former German ambassador to Poland, India, Japan and Switzerland noted.

“We are making a giant step backwards – back to the Cold War,” Elbe said, adding that Europe and the US have abandoned the instruments of successful crisis resolution they used in the past.

The logic of domination and confrontation espoused by the American establishment poisons not just relations between Washington and Moscow but between the US and its allies in Europe as well, not least because America doesn’t see some of them, including Germany, as allies anymore.

“It seems that Americans count us [Germans] among their imaginary adversaries and believe we prevent them from succeeding in their … policy of dominating Eurasia,” Elbe said, referring to the reports of some US think tanks like Stratfor that define economic cooperation between Russia and Germany as a threat to America’s strategic interests while Berlin is called a source of a danger to NATO integrity.

Washington’s vehement opposition to the Nord Stream 2 gas pipeline project, in which both Russia’s Gazprom gas giant and Europe’s big energy corporations such as Shell, Engie, Uniper and OMV are involved, is just the tip of the iceberg, Elbe believes.

“The Americans are just horrified by the fact that Europe pursues its own independent policy. They link the Nord Stream 2 to Germans, although it is not a German-Russian project but one in which European companies are involved and which enjoys strong support of other participants as well.”

“Our allies consider us troublemakers now,” the diplomat said, adding that it is all because Washington accuses Berlin of a desire to uphold “special relations” with Russia.

Elbe believes there is nothing really “special” in them, explaining that it is just a pragmatic approach instead.The ex-diplomat also argued it is high time for Europe to adopt this pragmatism in relations with Russia as well and get down from its moral high horse since constant sanctions and constant lecturing of Moscow have so far led Europe nowhere but only harmed the continent’s economy.

“We urgently need to lose such habits,” Elbe said, calling on European nations to actively re-engage with Moscow within the Russia-NATO Council and the Normandy Four format designed to resolve the Ukrainian crisis, as well as to start gradually easing the sanctions. 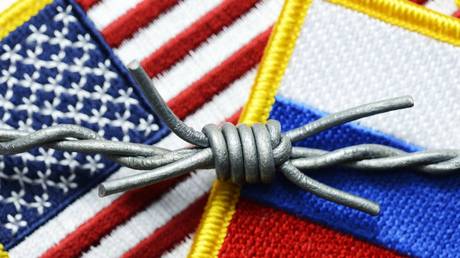