A German vaccines regulator says selected groups of people could be immunized against Covid-19 within six months. The prediction seems optimistic, however, as Berlin has cautioned that a cure shouldn’t be expected anytime soon.

“If data from phase-three trials shows the vaccines are effective and safe, the first vaccines could be approved at the beginning of the year,” Klaus Cichutek, head of the Paul Ehrlich Institute (PEI), told Funke media group on Wednesday. The PEI serves as a federal regulatory and research body in charge of vaccine biomedicines and reports directly to the Health Ministry.

Cichutek didn’t expand on who would be immunized first, only adding that the limited vaccination campaign would be rolled out “possibly with conditions attached.”

Three German biotech firms – CureVac, BioNTech and IDT Biologika – are currently working on respective prototypes of a Covid-19 vaccine. The companies have progressed to phase-two trials, which test a vaccine’s ability to stimulate an immune response, as well as establishing correct dosages.

There has been no shortage of predictions in recent weeks as to when the much-sought-after vaccine might become available for the majority of Germans. Health Minister Jens Spahn said he was optimistic about obtaining it “in the next months, and certainly in the next year.”

Other government officials expressed doubt as to whether a Covid-19 vaccine could be produced anytime soon. “We should not expect a miracle,” Anja Karliczek, Germany’s research minister, told reporters in late July. Vaccines available for the general public “will only be available from the middle of next year at the earliest,” she predicted.

Germany currently ranks fifth in the ranking of European nations worst affected by the coronavirus pandemic. It has reported 228,120 cases and 9,244 deaths to date.

Worldwide, there are more than 200 vaccines in development, with several undergoing final phase-three trials. Russia has recently reported the registration of the world’s first Covid-19 vaccine, due to be publicly available from January 2021.

Teachers and frontline doctors are likely to be the first to be given the vaccine before a mass immunization campaign starts. 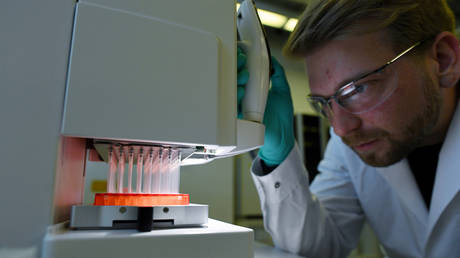 Tikhanovskaya urges EU not to reco...