German MPs have followed their UK and French colleagues, backing legislation that carries a fine or even a prison term for taking unsolicited photos under somebody’s clothing.

The Bundestag voted in favor of a law on “improving privacy protection” this Friday, thus outlawing the practice.

From now on, anyone trying to film under somebody’s clothing in order to see their underwear or private parts will face a fine or a maximum prison term of up to two years. Under existing laws, upskirting was deemed a minor offence punishable only by a small fine.

Minister Christine Lambrecht, who championed the legislation, welcomed the news, saying that to photograph a woman under her skirt or bust line is “a shameless violation of her privacy.”

Upskirting gained notoriety around the world following the advent of high-definition smartphone cameras. Its victims are often sought out on public transport and in other crowded places, and images or videos usually appear on adult websites or are shared online.

Germany has effectively followed in the footsteps of England and Wales, which criminalized upskirting in 2019, with France having outlawed the practice the year prior. 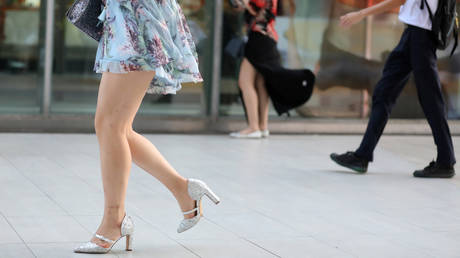