Germany’s foreign minister, Heiko Maas, did not mince words after swastikas were drawn on a parchment containing verses from the Torah at a synagogue in Berlin. He said the crime should be solved as soon as possible.

According to Berlin’s anti-Semitism commissioner, Sigmount Koenigsberg, the incident took place at the capital’s Tiferet Israel synagogue. A mezuzah – a decorative case containing a parchment with verses from the Torah that is affixed on the doorpost of Jewish homes and synagogues – was broken up, and swastikas were drawn on the parchment.

Maas called the incident “sickening.” “The crime must be solved as quickly as possible and those responsible punished! We stand with our Jewish friends closely and with compassion,” he tweeted.

Germany has seen an uptick in anti-Semitic attacks in recent years. To combat the alarming trend, the government created a position of a national anti-Semitism commissioner in 2018. The first commissioner, Felix Klein, has laid out his plan to set up a countrywide database of anti-Semitic offenses. 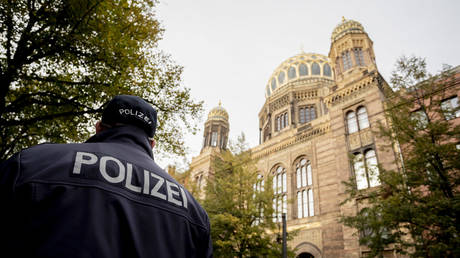