Gaza hospitals and vital facilities are said to be at risk after the lone power plant in Hamas-run Gaza shut down, less than a week after Israel suspended fuel shipments to the Palestinian enclave.

Israeli authorities made the decision after dozens of incendiary balloons launched from Gaza caused brush fires in southern Israel. The Israeli military warned it will not tolerate the balloon incidents and carried out airstrikes over the past week against positions held by Hamas and other factions.

Israel cites security concerns in imposing restrictions in Gaza. Fuel shipments were stopped on August 13 “in light of the continued launching of incendiary balloons from the Strip toward [Israel] and of the undermining of security stability,” the Defense Ministry said.

Gaza officials said the closure of the power plant on Tuesday will cause disruptions at hospitals, which will have to rely on generators.

Gaza’s population of two million received around six hours of electricity followed by a 10-hour power cut. But after the closure “the power feed may now decline to only four hours” per day, according to Mohammad Thabet, an official at Gaza’s main power distribution company. Gaza homes and businesses rely on generators to make up for the lengthy power cuts.

Officials in Israel have also closed the only commercial crossing with Gaza, Kerem Shalom, and banned sea access, effectively shutting down commercial fishing.

On Monday, Egyptian mediators held talks in Israel and Gaza on restoring calm, but departed without appearing to have secured a decision. Hamas says Israel did not honor previous understandings reached with the help of Egypt and Qatar, in which Israel should ease the blockade and allow for large-scale projects to help the enclave’s economy. While Israel says the blockade is necessary to prevent smuggling weapons to Gaza. 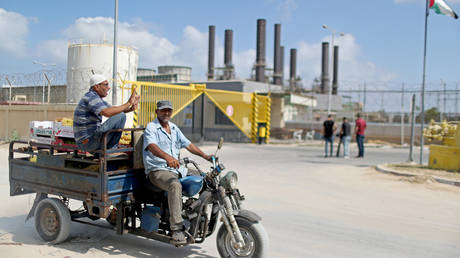