Hollywood has been described as a dream factory, but it may also be accurately called a propaganda one. A new RT documentary examines the nexus between the film industry and the US government.

In an era before home entertainment systems or Netflix, theaters were packed with each new cinematic release as Americans shared a common cultural – and often emotional – experience. And during WWII, the Bureau of Motion Pictures, a special subdivision of the US Office of War Information, reviewed 1,652 scripts between 1942 and 1945, with the aim of solidifying unwavering support for America’s role in the conflict.

As RTD reveals in ‘Hollywood’s Propaganda Factory’, after that film became a weapon-of-choice for Washington, with the majority of scripts passing through the hands of the Department of Defense, the FBI or the CIA in an effort to ensure the silver screen reinforced US foreign policy.

During World War II, Western leaders including Roosevelt and Churchill recognized the Soviet Union’s essential role in defeating Nazi Germany. Notably, American films at the time were openly sympathetic to the Soviet Union and its struggle against fascism. However, Hollywood was quick to change its tune as world war morphed into the Cold War.

The relationship between Hollywood and the US military has raised uneasy questions about whether American film is art or public relations. For example, the CIA bought the film rights to ‘Animal Farm’ so that the spy agency could make sure that the ending of the 1950s movie was adequately anti-communist.

The same methods of subtle opinion-forming exist in the present day, and have taken prominent form in patriotic films depicting America’s ‘War on Terror’. 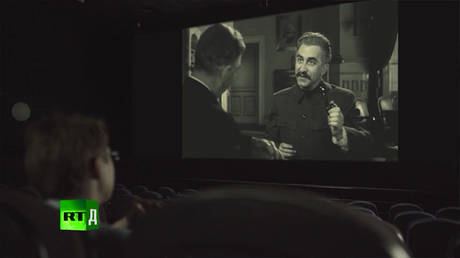 2 arrested in New Zealand for...

How to go live on TikTok?