As the Covid-19 pandemic rages on, European countries are taking different steps to ‘save’ Christmas and New Year holidays amid lockdowns and social distancing rules.

The leaders of England, Scotland, Wales, and Northern Ireland have agreed to allow people from up to three households to meet and celebrate together during a five-day Christmas period between December 23 and 27. But when doing so, families must form “exclusive bubbles,” meaning they cannot invite new members into their circle, and cannot visit pubs or restaurants together. They will only be allowed to gather at home, at church, or outdoors.

The extended guidelines for England provide further leeway during the festive days, like allowing meeting people who are not members of exclusive bubbles outside of one’s home, as long as everyone respects other restrictions mandated in certain areas.

The UK government has warned that there “cannot be a ‘normal’ Christmas” this season, so everyone should stay “mindful” of the risks of large gatherings.

At the same time, according to a draft proposal cited by the German media, the heads of the country’s 16 states have agreed on a so-called “mini-amnesty” over the Christmas period. People would be allowed to meet in groups of up to 10 from two households between December 23 and January 1. Any number of children under the age of 14 could join the gatherings.

“Naturally, it should be that at a Christmas party you can celebrate with your grandparents, your grandchildren,” Berlin Mayor Michael Muller told the media.

While some restrictions would be relaxed, hotels, restaurants and gyms will remain closed. People will be discouraged from setting off fireworks in public places during New Year’s celebrations, but there will not be an outright ban on their use.

Lockdown in France is set to end on December 15, after which it will be replaced by a nationwide curfew from 9pm to 7am, except between December 24 and 31. “We will be able to travel without authorization, including between regions, and spend Christmas with our families,” President Emmanuel Macron said, warning that this Christmas season will “not be like the others.”

According to Le Figaro newspaper, Macron agreed to review the current rule which says no more than 30 people are allowed to attend mass together, after receiving complaints from the country’s bishops.

On Wednesday, Economy Minister Bruno Le Maire said he was “in favor” of opening shops every Sunday until Christmas Eve. Cafes, bars, and restaurants, however, will stay closed until January. The curfew, and then the shutdown of dining establishments, sparked protests from business owners who argued that the lockdown will deliver a fatal blow to the industry.

Spain: the ‘six M rules’ and no parades

In a draft by Spain’s Health Ministry seen by the Spanish media, officials have proposed to limit parties to six people over the Christmas and New Year holidays. At the same time, the ministry suggested extending the curfew to 1am to allow for celebration on Christmas Eve and New Year’s Eve.

Officials have urged everyone to follow the so-called ‘6M’ rules, which require people to wear masks for as long as possible, wash hands often, maintain physical distance and good ventilation indoors, minimize the number of contacts, and stay home if they have Covid-19 symptoms or have tested positive.

There were also recommendations to replace the annual Epiphany parades on January 6 with “static” events that could be broadcast on television. 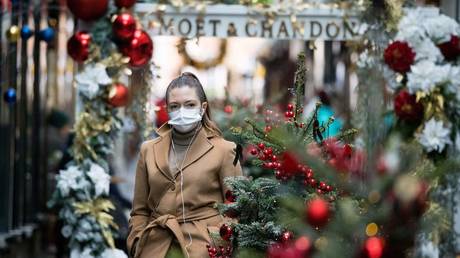 Charges of espionage laid against...

Poland and Hungary can go to the E...