French prosecutors have announced that no charges will be filed against political scientist Olivier Duhamel over reports he sexually abused his stepson, as the allegations came outside the statute of limitations.

In a statement published on Monday, Remy Heitz, the Paris prosecutor, announced the investigation had been dropped “because of the prescription of public action.”

Duhamel, a former president of the Paris Institute of Political Studies, was accused in a book published by his stepdaughter Camille Kouchner, who claimed that the abuse took place against her twin brother while they were teenagers in the 1980s.

The academic’s stepson sought to press charges against him in January, with police launching an investigation into the complaints of rape and sexual assault.

Prior to a 2018 change in the law, people who were sexually abused in France had to file a police complaint within 20 years of their 18th birthday. Legislation passed three years ago by the country’s parliament increased the statute of limitations to 30 years.

According to French media reports, Duhamel allegedly confessed during a police interview in April, though he has not publicly responded to the accusation levelled against him.

The term ‘incest’ is used in France to refer to the sexual abuse of relatives, even if the individual affected is not a direct blood relative. The claims against Duhamel sparked a national conversation about the treatment of minors within France and forced action by President Emmanuel Macron’s government to introduce stronger legal protections for kids. In April, the French legislature set the age of consent at 15, and classed sex with children younger than that as rape, with a sentence of up to 20 years in prison on conviction. 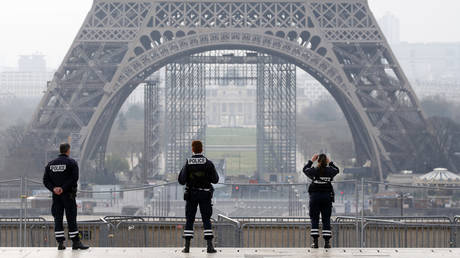