A man has been taken into custody as part of an investigation into a series of fires, which are believed to have been started deliberately, at the Cathedral of St. Pierre and St. Paul in the western French city of Nantes.

The 39-year-old man was arrested at his home on Saturday afternoon, and the prosecutor revealed that he was in custody on Sunday morning.

According to local media reports, the individual is understood to be a Rwandan man who worked for the diocese as a volunteer. He was not previously known to police, according to the Europe1 news outlet.

On Saturday, prosecutor Pierre Sennes revealed that three fires had been started at the church. The blazes completely destroyed the cathedral’s grand organ, smashed a prominent stained glass window on the building’s facade, and ravaged a valuable 19th-century painting that had been sent from Rome. 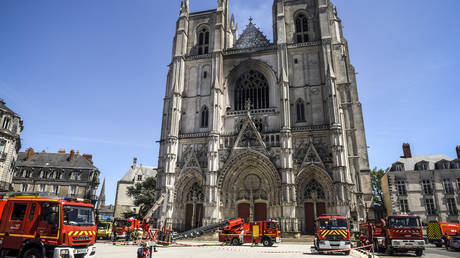