France’s former prime minister Edouard Philippe and its health officials will be the targets of a probe into the government’s handling of the coronavirus pandemic, prosecutors say.

Health minister Olivier Véran and his predecessor Agnès Buzyn will be investigated, along with Philippe, the attorney general said. The probe comes after nine complaints were found to be admissible by the Court of Justice of the Republic “on the sole count of abstention from fighting a disaster.”

Philippe resigned on Friday and was replaced by Jean Castex, as part of a government shuffle by President Emmanuel Macron. The government has been accused of failing to prepare and take adequate action to tackle the deadly pandemic. France has seen more than 166,000 cases of the virus and 29,875 deaths.

An investigation into the country’s handling of the crisis was opened in June, after more than 60 complaints were made by individuals and labor unions. Paris’s chief prosecutor Remy Heitz said at the time that potential charges could include involuntary homicide and endangering the lives of others. 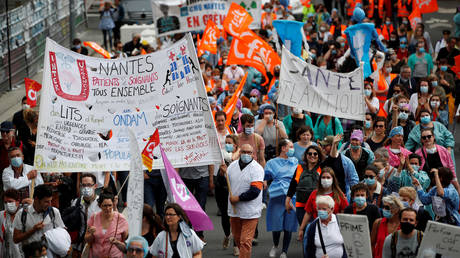 No more slaves and masters: Twitte...