Close
Trending News
HomeWorldFrance to postpone unwinding of Covid lockdown, but gradual steps are in the works – govt

France to postpone unwinding of Covid lockdown, but gradual steps are in the works – govt

France to postpone unwinding of Covid lockdown, but gradual steps are in the works – govt

The prospect of starting to lift tough lockdown measures in France is not on the immediate horizon, government spokesman Gabriel Attal warned on Wednesday, a day after the country’s Covid cases topped two million.

President Emmanuel Macron held a meeting with the health defense council on Wednesday and is expected to announce gradual steps for easing restrictions next week. However, Attal said on Wednesday that the unwinding of lockdown is not planned for the near future.

“Work is in progress on the developing rules for the weeks and months to come,” the government spokesman said. The aim is to organize things in order “to allow the public to live as normally as possible whilst keeping the epidemic under control.”

While French officials cite a slight improvement in the country’s Covid-19 outbreak, only gradual measures will be possible from December 1 “if the health situation allows it,” Attal added, citing the “extreme tension in hospitals” from the current caseload.

The government’s plans include a mass vaccination campaign to avoid “messing up” the deconfinement and prevent a possible third wave of the coronavirus epidemic, French media reports say.

Attal said last week that France would consider starting a vaccination campaign “from January.” The government has allocated €1.5 billion for the campaign, and the authorities are “getting ready to distribute a Covid-19 vaccine,” he noted.

However, the government has yet to decide if businesses will be allowed to reopen from November 27 for the holiday season, which is crucial for their turnover. Attal also said the authorities are worried about the psychological consequences of the lockdown, given that people in France can currently leave their homes only in particular circumstances and after obtaining permission.

Despite the fact that collective efforts to curb the virus are starting to “bear fruit,” France passed the milestone of two million confirmed coronavirus cases on Tuesday, with more than 46,200 deaths in hospitals and nursing homes, according to its most senior health official, Jerome Salomon. It was the first European country to hit that level of recorded cases. 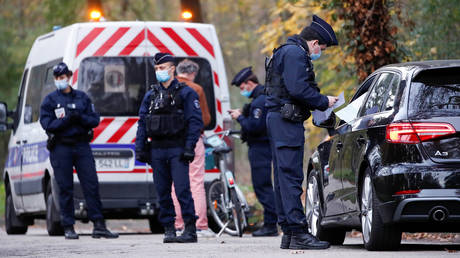