French Foreign Minister Jean-Yves Le Drian is set to urge the US to continue its fight against Islamist militancy in Afghanistan and Iraq, after a series of deadly terrorist attacks in France.

Le Drian will express hope that the United States reconsiders its plan to bring troops home from Afghanistan and Iraq, when Secretary of State Mike Pompeo visits Paris on Monday.

France is in the midst of a fight against radical Islam after a series of deadly terrorist attacks in the country.

In October, President Donald Trump announced his plan to withdraw all US soldiers from Afghanistan by Christmas. Although, military experts have raised concerns about whether it is possible to fulfil that mission within the timeframe due to the scale of the US involvement.

Pompeo is due to meet Le Drian and French President Emmanuel Macron in Paris, as part of a seven-country tour to discuss the Trump administration’s “historic efforts to forge peace and cooperation throughout the Middle East”.

The US Secretary of State’s trip takes place after many European nations congratulated Joe Biden on his election victory and expressed their desire to build a close relationship with the likely president-elect’s administration despite Trump’s plan to contest the election results in court. 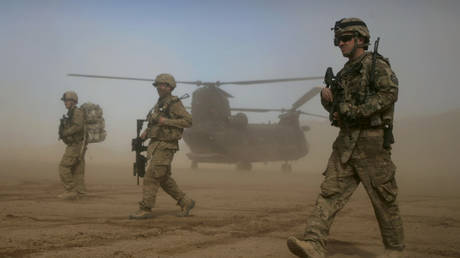