The French environment minister stated on Tuesday that Paris will continue to use nuclear energy despite concerns over a build-up of gases in the joint French-Chinese owned reactor in Taishan.

Environment Minister Barbara Pompili, in an interview with France Inter Radio, said that France “will use nuclear power for years to come” despite fears. She noted that what happened in Taishan, Guangdong province is not an anomaly and has happened in many other reactors, as well as French reactors.

In an attempt to calm fears over the safety of the Taishan plant, Pompili said that following the incidents in Fukushima and Chernobyl, safety protocols were heightened greatly to prevent further tragedies, adding that increasing safety measures is a decision for the Chinese authorities to make, not the French government.

According to the World Nuclear Association, nuclear power is responsible for up to 70% of France’s electricity.

The Taishan Nuclear Power Plant is a joint venture between France’s EDF and China General Nuclear Power Group. On Monday, the EDF was informed of a build-up of certain noble gases in reactor no.1 of the unique ‘Evolutionary Power Reactor’.

Despite the safety concerns of their French counterparts, China General Nuclear Power Group insists that the plant is functioning in compliance with business license documents and technical procedures. Earlier on Tuesday, the Chinese partners said the radiation levels were normal. However, Framatome, the French designers of the reactor, had previously warned of an “imminent radiological threat” following the gas build-up.

First launched in 2018, Evolutionary Power Plants have been praised for being safer, more efficient, and less wasteful than older nuclear ventures. 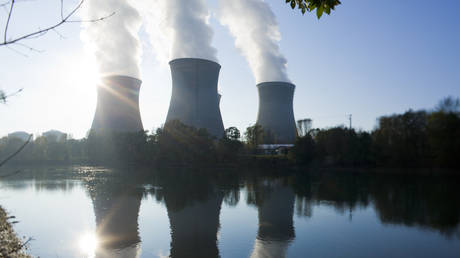