A total of 18,746 people have been diagnosed with coronavirus in France over the latest 24-hour recording period, an all-time daily high for the country, the nation’s health authorities announced on Wednesday.

The amount of new cases almost doubled compared to Tuesday when 10,489 infections were registered. The overall number of cases in the country since the start of the pandemic has now reached 653,509.

An additional 80 people had succumbed to the disease during the previous day, according to Wednesday’s update, putting the cumulative death toll at 32,445.

Meanwhile the number of Covid-19 patients being treated at French hospitals now stands at 7,500 – a 65 percent increase compared to August.

The government introduced new restrictions countrywide, in an attempt to stem the second wave of the virus, and the Covid-19 alert was raised to its maximum level in Paris. Bars in the capital have been ordered to close at 10pm and swimming pools and gyms shut have down for two weeks.

Speaking on Wednesday after the latest figures were reported, President Emmanuel Macron said that further restrictions would be introduced “in places where the disease is circulating too quickly.” 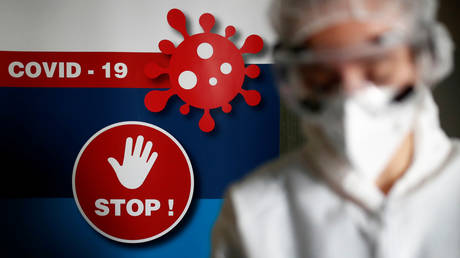 Boris Johnson to plunge the North...