A French court has ordered the state to compensate three families whose children suffered birth defects due to the anti-epilepsy medication Dépakine. The drugmaker, Sanofi, is currently racing to certify a vaccine for Covid-19.

Dépakine is the brand name for sodium valproate, an ingredient used in the treatment of epilepsy, bipolar disorder, and migraines. However, it is known to cause severe birth defects if administered to pregnant women, with the drug linked to spina bifida, cleft palate, learning difficulties, and autism. Introduced in 1967, Dépakine is now available in its generic form, and in more than five decades on the market, has been blamed by French researchers for defects in between 2,150 and 4,100 children.

Sanofi was also blamed for its role in the scandal, with the court deeming the leaflet enclosed with the drug gave insufficient warning of the risks it presented.

The ruling compounds a dismal week for Sanofi, one of the world’s largest pharmaceutical firms by revenue. The company announced last Friday that it would cut 1,680 jobs in Europe, with the firings affecting mainly its blue-collar workers.

However, the company has pressed ahead with its plans to bring to market a vaccine for the Covid-19 coronavirus. Sanofi said a week earlier that it will pump more than $500 million ($562 million) into a “state of the art” vaccine plant near Lyons, then announced that it expects its coronavirus vaccine, developed with British pharma giant GlaxoSmithKline, to be approved early next year. 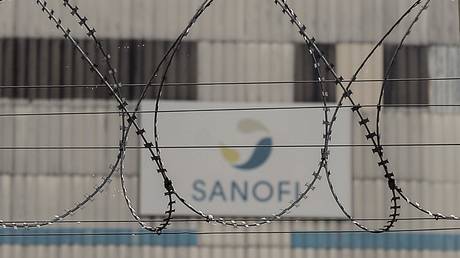