Close
Trending News
HomeWorldFOMO for all: Social media heightens fear of missing out, and people of all ages are affected

FOMO for all: Social media heightens fear of missing out, and people of all ages are affected

FOMO for all: Social media heightens fear of missing out, and people of all ages are affected

All that scrolling through social media platforms heightens people’s Fear of Missing Out (FOMO) and scientists have found that it’s not just Tiktok teens and Instagram-loving millennials who are affected.

Because teens experience so much social development in such a short space of time, even the experts were expecting FOMO to be higher among younger groups. However, their research actually found that loneliness and low self-esteem were a much greater indicator than age of people’s social anxiety over others having fun without them.

“We expected FOMO to be higher in younger age groups, particularly because of the tremendous amount of social development happening at those times, but that’s not what we found,” explained Chris Barry, a Washington State University psychology professor and the lead author on the study.

In a survey of more than 400 people from different age cohorts from across the United States, the scientists found that social media use was not a good predictor of FOMO but that it could aggravate it.

“We’re not all equally prone to the Fear of Missing Out, but for those who are, social media can exacerbate it,” Professor Barry said. “Social media allows you to witness what other people are doing and what’s going on in their lives. If there’s already concern about missing out, then there will be distress at seeing that on social media.”

For those who find FOMO getting them down, Professor Barry suggested slashing social media use or cutting it off altogether. However, the professor added that the real cure lies in fostering a greater sense of real connectedness to others.

“You can also try being more in the moment, concentrating on what is in front of you, as opposed to focusing on what else is going on out there,” Barry added. 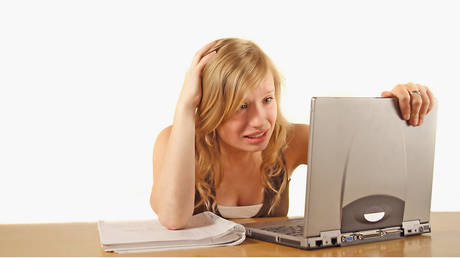