NASA’s asteroid hunters have identified yet another five close flybys due this week but, even more worryingly, they have also identified one space rock which will soon pass between Earth and the Moon.

In highly alarming news from NASA’s Center for Near Earth Object Studies (CNEOS), asteroid hunters have identified a ‘potentially hazardous’ asteroid due to pass Earth in September at a paltry distance of 71,805km – just one-fifth of the distance between us and the Moon (384,399km).

Mercifully, given its somewhat small diameter, even if it were to stray off course and actually hit us, it would not be the end of life as we know it, though it would certainly pack a punch.

For context, the Chelyabinsk meteor which exploded above Russia on February 15, 2013 was just 18 meters in diameter, but was still sizeable enough to cause significant localized damage.

It exploded with up to 33 times the energy released from the atomic bomb dropped on Hiroshima. Some 1,491 people were injured in the incident, mostly by debris like shattered glass or from burns on their skin owing to the brightness of the explosion, which was 30 times more intense than the Sun.

At least 112 had to be hospitalized in the immediate aftermath of the incident, two in serious condition.

So in the unlikely event that 2011 ES4, almost three times the size of the Chelyabinsk meteor, should take a detour and pay us an even closer visit than expected, the damage could potentially be substantial.

On Tuesday, asteroid 2020 MQ2 (42m), measuring five London buses in diameter, will pass us at 6.4 million kilometers, followed on Thursday by 2020 NM (21m or one-and-a-half times the height of the Hollywood sign), which will shoot past us at a safe distance of four million kilometers.

Bringing up the rear on Friday will be the Arc de Triomphe-sized 2020 MX (48m), which will fly past at 5.6 million kilometers, ending yet another week of relatively close calls for our home planet. 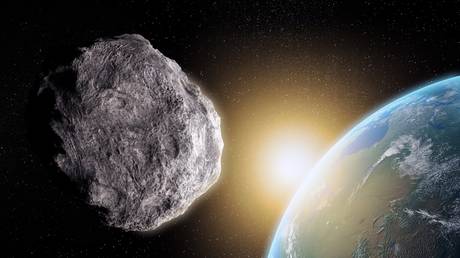 Oil price crash sparks a wave of b...