A fighter jet breaking the sound barrier rattled Paris on Wednesday prompting a wave of panic and confusion across the French capital as people speculated about the cause of the enormous explosion.

Play at the French Open tennis tournament at Roland Garros was briefly interrupted as the sonic boom echoed in the distance, just before midday local time.

Amid the alarm, Paris police reassured everyone, revealing the source of the “explosion” as merely a jet aircraft breaking the sound barrier as it went supersonic.

“A very large noise was heard across Paris and the surrounding region. It was not an explosion, but a fighter plane which crossed the sound barrier,” the police tweeted.

“Don’t clog up the emergency lines!”

The city was already on high alert after a recent terrorist attack targeting the offices of satirical magazine Charlie Hebdo. Two journalists were stabbed in the incident, after the attacker targeted the former offices in a failed arson plot. 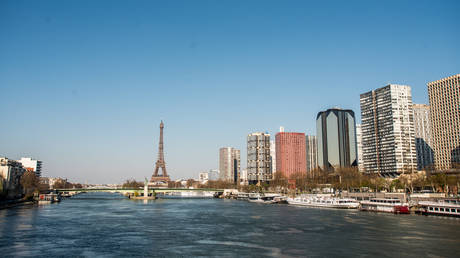