At least 147 people have been killed by lightning strikes in India’s northeastern state of Bihar in the past 10 days, with already severe monsoon weather intensifying and exposing farmers to fatal bolts from the blue.

Authorities reportedly recorded some 26 lightning-related deaths last Thursday, followed by 15 on Friday, and 21 on Saturday. A further 40 people have been injured as weather conditions favorable for farming prove to be a deadly, double-edged sword for local communities.

The death toll from lightning strikes in the area since the beginning of March has climbed to over 215 people. More extreme bouts of lightning are expected in the coming days, the Indian Meteorological Department has warned.

This year’s lightning strike death toll so far has already greatly surpassed previous years, as roughly 170 people were killed by lightning strikes in Bihar in 2019 during the monsoon season, which runs from June to September.

State authorities developed and released a smartphone app that helps predict periods of increased lightning strikes, thereby warning the local populace. However, as Bihar is the country’s poorest state, many farmers and laborers do not own smartphones.

“Because of good rainfall this year in June, farmers are out in the field farming. Paddy field water also attracts electricity and farmers on the field act as conductors of electricity from the thunderstorm,” explained Sunitha Devi, member of the Ministry of Earth Sciences’ thunderstorm working group.

Bihar agrometeorologist Abdus Sattar said the increased strikes were caused by large-scale instability in the atmosphere prompted by increased moisture in the air courtesy of the Indian Ocean Dipole (IOD).

The IOD is a natural phenomenon, also known as the Indian Niño, in which sea surface temperatures shift greatly in the eastern and western parts of the ocean, with dramatic impacts on weather. Events such as the Australian drought and subsequent bushfires earlier in 2020, the Jakarta floods, and even the massive infestation of locusts across east Africa and the Indian subcontinent have all been exacerbated by the IOD. 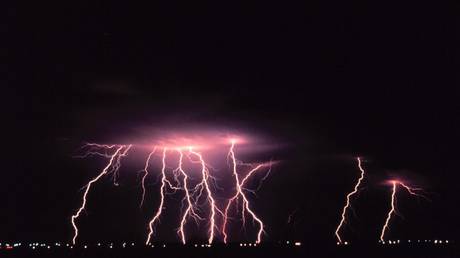