Humanity is forever gazing toward the stars, with both dreams and plans of colonizing other worlds on the horizon. However, even if we do eventually manage to settle on other planets, we might not be able to understand each other.

In order to reach the stars, we will likely require generational ships and, as the name suggests, these ships would be home to many, many generations of future humans (and plants and animals).

These ‘ark’ ships are not merely confined to the realm of science fiction, but a genuine consideration for many scientific studies and proposals. However, such extraordinarily ambitious plans necessarily include numerous unforeseen developments – for one, genetic and biological mutations that we can’t really predict ahead of time.

In combination with these biological and physical mutations, language itself would also mutate given the extreme time frame involved, according to a recent study. The researchers argue that interstellar travel and the eventual colonization of other planets would likely render humans even less intelligible to each other than they already are.

Take Google as an example; the search engine launched in 1997 and, in the intervening 23 years, has now become a somewhat ubiquitous verb thoroughly embedded in the vernacular, meaning “to search the internet for information.”

Twitter launched in July 2006 and has now become a tool of public discourse, drawing in many world leaders. Explaining the full significance of “tweeting” to someone back in 2000 might prove difficult, though not impossible.

Now imagine explaining that concept – the idea that many people could communicate a message to pretty much the entire world instantaneously from a handheld device – to the average person in the 1950s, and the sheer volume of missing vocabulary required for that explanation.

Now extend that out 4.25 light years (roughly 25 trillion miles) to our nearest star system. By some calculations, with current propulsion technology at least, that journey might take around 137,000 years. For reference, many believe humanity invented farming in the Fertile Crescent some 12,000 years ago (though evidence exists of agriculture developing 23,000 years ago).

“If you’re on this vessel for 10 generations, new concepts will emerge, new social issues will come up, and people will create ways of talking about them, and these will become the vocabulary particular to the ship. People on Earth might never know about these words, unless there’s a reason to tell them,” lead researcher Professor Andrew McKenzie explained.

“And the further away you get, the less you’re going to talk to people back home. Generations pass, and there’s no one really back home to talk to. And there’s not much you want to tell them, because they’ll only find out years later, and then you’ll hear back from them years after that.”

Using a language evolution simulator (and an English-IPA translator), we can get a rough idea of how language might evolve in a matter of just 20 generations.

If we define a generation as roughly 30 years, then the 137,000-year journey to the stars would comprise some 4,566 generations.

“So they may well be communicating like we’d be using Latin – communicating with this version of the language nobody uses,” said McKenzie.

The scientists’ findings were published in Acta Futura, the journal of the European Space Agency’s Advanced Concepts Team. 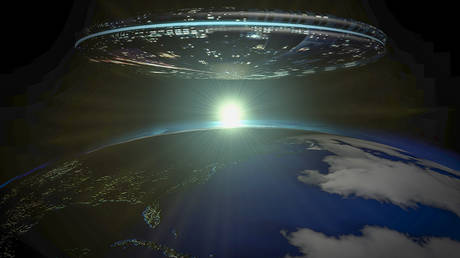