MEPs have adopted an amendment calling on the European Council to impose sanctions on Turkey, after they unanimously voted to condemn its recent “unilateral and illegal” behavior in Cyprus and the surrounding territorial waters.

The amendment was submitted by the European People’s Party, a center-right group led by European Council President Donald Tusk, and calls on the EU to “maintain its unified position vis-a-vis unilateral and illegal actions by Turkey” by imposing strict sanctions against the country.

The decision comes after Turkey’s attempts to reopen Varosha, a beach resort that was abandoned in Cyprus after the 1974 Turkish invasion. Ankara claims that Northern Cyprus is its territory, while it is internationally recognized as Cypriot land that is illegally occupied.

Politicians from across the European Union, led by Cyprus, France and Greece, have been pushing the EU Parliament to follow through on a threat, made back in October, to sanction Ankara for its actions.

French Foreign Minister Jean-Yves Le Drian has argued that Turkish President Recep Tayyip Erdogan has disregarded the warnings that EU leaders gave him last month to give up his dispute over gas exploration in the Mediterranean.

The nature of the sanctions has not been outlined and the Turkish Foreign Ministry has criticized the EU for repeatedly discussing the matter. It is believed that the sanctions, prepared by France, would target Turkey’s economy, potentially hitting banking, energy and shipping.

France and Turkey have been at odds in recent weeks over the Nagorno-Karabakh conflict, with Paris claiming that Ankara is enflaming tensions in the region. Turkey has responded by accusing France of being biased and provocative by passing a resolution calling for the recognition of the Nagorno-Karabakh republic as an independent country.

Meanwhile Ankara is also angry at Paris for allegedly mistreating Muslims, as France is trying to battle extremists after numerous terrorist attacks on its territory. Erdogan has called on a boycott of French goods over the issue. 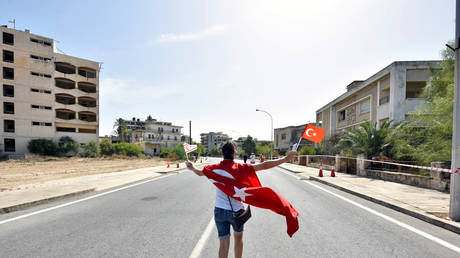