European Commission President Ursula von der Leyen is self-isolating pending the results of a coronavirus test after she attended a meeting with a person who later tested positive for Covid-19.

“I’ve been informed that I participated in a meeting last Tuesday attended by a person who yesterday tested positive for COVID-19,” she wrote on Twitter on Monday. The EU chief revealed that she tested negative for the virus last Thursday but would be taking an additional test as a precautionary measure.

I’ve been informed that I participated in a meeting last Tuesday attended by a person who yesterday tested positive for COVID-19. In accordance with regulations in force, I’m therefore self-isolating until tomorrow morning. I’ve tested negative on Thursday & am tested again today

If she tests positive, she would join a slew of world leaders who have caught the virus, including but not limited to Brazilian President Jair Bolsonaro, British Prime Minister Boris Johnson and US President Donald Trump.

The development comes amid crunch Brexit talks between the EU and the UK. The head of the EU’s executive, von der Leyen as recently as Friday highlighted the “significant gaps” between European and British negotiators in the ongoing negotiations.

More trade talks are due in London this week and Brussels next week, to try and resolve the deadlock before the 27 national EU leaders meet on October 15 to assess the situation. London has also established October 15 as the critical line in the sand to establish whether a deal is possible or not. 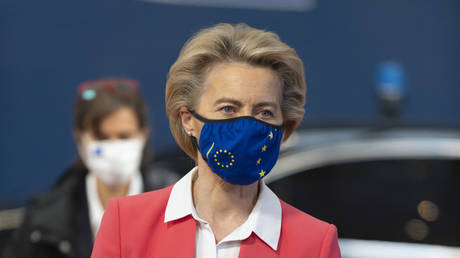 Baku demands apology from France a...