Europe’s push for more ‘autonomy’ won’t do any good if it promotes the idea that the continent can defend itself without the US and NATO, Germany’s defense minister Annegret Kramp-Karrenbauer has said.

In a speech to students at a military college in Hamburg, Kramp-Karrenbauer noted how the US still provides the bulk of NATO’s ballistic missile defenses, satellite communication, reconnaissance aircraft and helicopters, while around 76,000 American soldiers are stationed in Europe. Replacing all that would take “decades” and require far greater defense budgets than European nations can now afford, she explained.

Germany and Europe cannot protect themselves without America’s nuclear and conventional capabilities. These are plain facts.

“We remain dependent on the US for security policy and, at the same time, as Europeans, we have to do more of what the Americans have been doing until now. The idea of European strategic autonomy goes too far if it feeds the illusion that we can guarantee security, stability and prosperity in Europe without NATO and without the US,” Kramp-Karrenbauer cautioned.

The concept dubbed ‘strategic autonomy for Europe’ was unveiled by Brussels in response to the growing rift between the EU countries and US President Donald Trump who oftentimes spoke dismissively about NATO and berated allies like Germany for what he said was its failure to pay their fair share into the bloc’s collective defense. European Council President Charles Michel said in September that the quest towards greater autonomy was “the aim of our generation” to make Europe more independent and formidable against various crises.

Trump’s attitude dismayed many in Berlin. Chancellor Angela Merkel remarked several times that Europe cannot rely on the US as it did before.

Nevertheless, on November 2 – a day before the US presidential election – Politico magazine published Kramp-Karrenbauer’s op-ed titled ‘Europe still needs America’. The minister argued in the piece that “illusions of European strategic autonomy must come to an end,” and that Europeans “will not be able to replace America’s crucial role as a security provider.”

This approach triggered a response from French President Emmanuel Macron, a proponent of the idea that Europe must reinvent itself as a stronger player on the world stage. In an interview with Le Grand Continent magazine published on Monday, Macron said he “profoundly” disagreed with Kramp-Karrenbauer’s op-ed, calling it “a historical misinterpretation.”

“Fortunately, if I understood things correctly, the [German] Chancellor does not share this point of view. But the United States will only respect us as allies if we are earnest, and if we are sovereign with respect to our defense,” Macron said, reiterating that Europeans “need to continue to build our independence for ourselves.”

A spokesperson for the German government, Steffen Seibert, told reporters that Berlin was “in complete agreement” with Paris that Europe must assume “even more responsibility” for its security. At the same time, Europe must tackle major challenges together with the US if it wants to meet them effectively, he stated.

Kramp-Karrebauer stuck the same tone on Tuesday, saying that Germany and France want Europeans to be able to “act independently and effectively in the future when it matters.”

“We want Europe to be a strong partner in the eyes of the US and not a protégé in need,” the minister said. 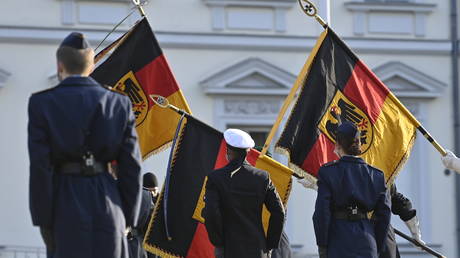 Resilient post-Covid India can be...