European Union leaders will take part in a virtual conference to discuss the ongoing political crisis in Belarus, President of the European Council Charles Michel announced after the bloc threatened sanctions on Minsk.

The emergency meeting will be held on Wednesday, Michel said on Twitter.

“The people of Belarus have the right to decide on their future and freely elect their leader,” he wrote, adding: “Violence against protesters is unacceptable and cannot be allowed.”

The meetings of heads of states will be held via video link.

EU foreign policy chief Josep Borrell said last week that the bloc would not recognize the outcome of Belarus’ August 9 election. President Alexander Lukashenko won the electoral contest with around 80 percent of the vote, but opposition activists claim the results are fraudulent. Protests have erupted in the days following the election, resulting in violent clashes between demonstrators and police. At least one person has been killed amid the unrest. Borrell tweeted on Friday evening that work had begun on “sanctioning those responsible for violence [and] falsification” of the vote.

French President Emmanuel Macron tweeted on Sunday that the EU “must continue to mobilize alongside” demonstrators in Belarus. Russia, Belarus’ neighbor and ally, accused the French leader of “hypocrisy” for failing to show the same solidarity with protesters in his own country.

“When will he call on the European Union to be mobilized in support of hundreds of thousands of Yellow Vests demonstrators who peacefully seek to ensure respect for their rights, freedoms and sovereignty?” Foreign Ministry Spokeswoman Maria Zakharova asked on Monday. 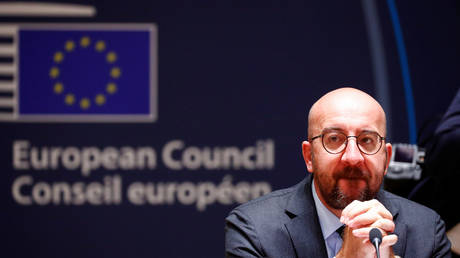