EU preparing for no-deal Brexit, von der Leyen says, as next days are ‘decisive’ for trade agreement with UK

EU preparing for no-deal Brexit, von der Leyen says, as next days are ‘decisive’ for trade agreement with UK

European Commission head Ursula von der Leyen said on Wednesday she cannot guarantee there will be a trade deal with Britain after its departure from the EU, adding that the coming days will be crucial.

“Decisive days for our negotiations,” the EU’s chief executive tweeted. “There has been progress but I cannot tell today if in the end there will be a deal.”

She told the European Parliament: “The European Union is well prepared for a no-deal scenario.”

London and Brussels are trying to clinch a post-Brexit trade deal during negotiations this week, but the Commission chief warned Britain that, whatever the outcome, “there will be a clear difference between being a full member & being just a valued partner.”

Any trade deal should be agreed before the United Kingdom leaves the single market on January 1. The market’s integrity will not be put into question, von der Leyen told EU lawmakers, but stressed the need for clear rules in view of PM Boris Johnson’s tactics. “We want to know what remedies are available in case one side will deviate in the future because trust is good, but law is better.”

The three main sticking points are fishing quotas and agreeing access to waters, the issue of how to settle future disputes, and ensuring economic fair play for companies.

Another important issue was raised again by projected US President-elect Joe Biden, who said on Tuesday he did not want to see a guarded border between the Republic of Ireland and the UK.

The UK also expects Brussels to also take steps for a Brexit deal to be agreed. “The EU needs to move as well and it needs to acknowledge that we voted to take back control and that’s the most important thing,” senior minister Michael Gove said on Tuesday. 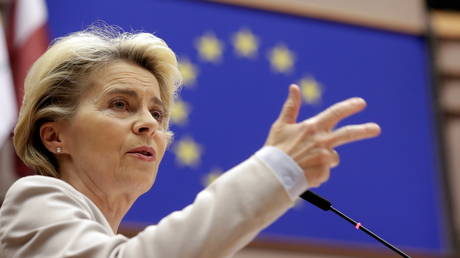 How to get four Xbox games for FRE...

From Russia with wheat: Exports by...