Doses of the Oxford-AstraZeneca Covid-19 vaccine are going unused across the EU amid low confidence in the jab after the company was repeatedly criticized by Brussels for not sharing sufficient data and supply problems.

Speaking on Thursday, EU lawmaker Esther de Lange, a vice president of the European People’s party, reiterated the challenge of getting “reliable data” from AstraZeneca.

AstraZeneca is behaving like an unreliable second-hand car salesman. Getting reliable data from this company is still a challenge.

Such criticism of the jab by public figures in Europe has been commonplace in recent months. French President Emmanuel Macron suggested the vaccine was “quasi-ineffective,” and it wasn’t given approval for the over 65s, the most-at-risk demographic, in France and Germany despite a WHO (World Health Organization) recommendation.

Media reports have not aided vaccine confidence. In late January, German economic newspaper Handelsblatt cited an anonymous government source who claimed the British vaccine was less than 10 percent effective in over 65s.

Speaking to RT, Emanuele Capobianco, director of health and care at the Red Cross and Red Crescent, said that PR and trust in the vaccines were big issues, adding that waiting for a better vaccine to come along was a bad idea. Capobianco urged people who have the opportunity to get a vaccine to take it, noting that all approved jabs have been through stringent trial procedures.

One of that points in Europe is misinformation and mistrust. Everybody should go with that vaccine as long as it’s safe and effective. There are no reasons not to use it – people are creating problems for themselves and for the rest of the world.

Capobianco’s comments come amid reports that vaccines across the EU are going unused. On Wednesday, Elke Breitenbach, Berlin’s senator for social services, said that vaccines in the German capital are going to waste. “In the current situation it is unacceptable that vaccination doses are lying around,” Breitenbach told the Funke media group, adding that she wanted to see the jabs used to inoculate 3,000 homeless people around the city.

On Saturday, Menelaos Pangalos, AstraZeneca’s executive vice president, tweeted that in talking down the company’s vaccine, the EU had sacrificed lives, citing an article in the Telegraph. The article itself cites data from the Robert Koch Institute which show that of 736,000 AstraZeneca doses delivered to Germany, just 64,869 have actually been administered. The author noted similar challenges in France, with healthcare workers reportedly turning down vaccination slots in their online booking platform.

Frustrating read but unfortunately makes some good points. Hopefully implementation data from UK will soon increase confidence in what I hope will still be an important globally accessible vaccine. In talking down AZ’s success, the EU has sacrificed lives https://t.co/yDtK814ztW

Pangalos said he hopes data from the UK rollout will improve confidence in the jab. 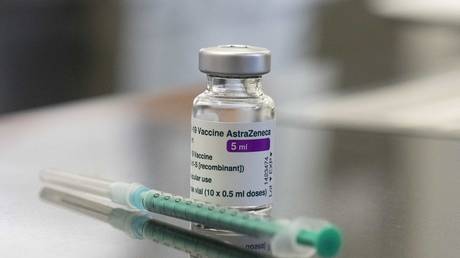