The EU organization tasked with screening drugs has promised to carefully study all available data on several Covid-19 vaccines before issuing opinions on the jabs, saying it could make a decision by the end of the year.

The European Medicines Agency (EMA) could release its opinions on jabs developed by AstraZeneca, Pfizer and Moderna before January, according to the body’s Executive Director Emer Cooke.

Cooke told the Irish Independent that the rapid development of the vaccines, which typically take years to create, was “promising from a scientific perspective,” but would be subjected to the same scrutiny brought to bear on other drugs.

“There is a lot of attention on the results and we have to make sure we evaluate those as efficiently as we can without compromising our usual scientific standards,” Cooke told the paper.

She explained that the agency would determine whether the jabs have a “positive benefit risk,” adding that it was important to classify in which “type of population” the vaccines show positive outcomes, such as the elderly or people with underlying health conditions.

Cooke said that if the data was “positive,” EMA could prepare a scientific opinion on the vaccines by the end of the year. The agency is hoping to coordinate its findings with the US Food and Drug Administration (FDA), which is expected to issue its own ruling in mid-December on Pfizer’s Covid-19 jab.

US-based Pfizer says that its vaccine is more than 90 percent effective, while British-Swedish multinational AstraZeneca’s jab, created in conjunction with Oxford University, has shown an average efficacy of 70 percent. Moderna, an American biotech firm, claims that its own iteration of the Covid-19 vaccine is nearly 95 percent effective.

Last week, European Commission President Ursula von der Leyen announced that the bloc was aiming to approve both the Moderna and Pfizer vaccines by the end of December. The EU has inked deals with five companies to distribute coronavirus vaccines across the continent once approved, including AstraZeneca, CureVac, Johnson & Johnson, Pfizer-BioNTech, and Sanofi-GSK. 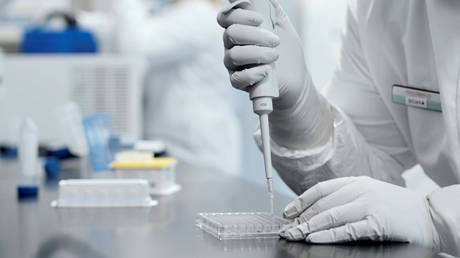