The European medicines regulator has started a real-time review of Sinovac’s Covid-19 vaccine, with the drug becoming the first Chinese-developed jab to be evaluated by the bloc.

The launch of the so-called “rolling review” was announced by the European Medicines Agency (EMA) on Tuesday.

“The… decision to start the rolling review is based on preliminary results from laboratory studies (non-clinical data) and clinical studies. These studies suggest that the vaccine triggers the production of antibodies that target SARS-CoV-2, the virus that causes Covid-19, and may help protect against the disease,” the EMA said in a statement.

Rolling reviews are aimed at speeding up the approval process of medical drugs. The researchers are allowed to submit their findings for the review in real time rather than waiting for final results and providing the regulator with data in bulk.

“EMA will assess the compliance of Covid-19 Vaccine (Vero Cell) Inactivated with the usual EU standards for effectiveness, safety and quality,” the regulator added.

While EMA cannot predict the overall timelines, it should take less time than normal to evaluate an eventual application because of the work done during the rolling review.

Sinovac’s jab has become the first Chinese-developed coronavirus vaccine to get evaluated by the European drug regulator. Currently, the EMA is also conducting rolling reviews of Russia’s Sputnik V vaccine, as well as jabs by German CureVac and US Novavax pharmaceutical companies.

So far, the Chinese jab has shown rather mixed results with its efficacy ranging from 50% to a solid 90%, according to different studies. The drug has been authorized for use in several countries, including China, Brazil, Turkey, Thailand and Indonesia. 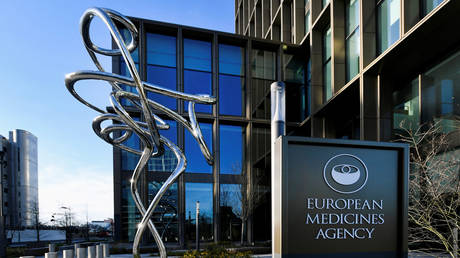