European Commission President Ursula von der Leyen has announced that the EU is set to approve both the Moderna and Pfizer-BioNTech vaccines before the end of the year, meaning they could then be distributed across the bloc.

Speaking after a video summit of EU leaders on Friday, von der Leyen told a press conference that “If all the procedures go smoothly, the EMA [European Medicines Agency] could give the Pfizer/BioNTech and Moderna vaccines their conditional marketing authorization as early as the second half of December.”

The meeting had been primarily focused on the bloc’s handling of the pandemic and how member states can work together during the festive period to protect citizens and contain the spread of the virus, as some countries will relax restrictions in time for a brief reprieve over Christmas.

While not currently under consideration by the EU, the European Commission president said that Russia’s Sputnik V vaccine could potentially be used in member states if it is subjected to the same EMA authorization procedure as other vaccine candidates.

The EU has agreed deals with five companies to distribute coronavirus vaccines across the continent once approved, including AstraZeneca, CureVac, Johnson & Johnson, Pfizer-BioNTech, and Sanofi-GSK.

The comments from von der Leyen come on the same day that Pfizer requested emergency authorization for its vaccine in the US, and in the same week that Moderna announced its intention to submit its vaccine candidate for Emergency Use Authorization in America in the coming weeks.

Across the EU, European Economic Area and UK, there have been 11,542,665 confirmed cases and 283,673 fatalities from the virus since the start of the pandemic, according to data compiled by the European Centre for Disease Prevention and Control. Many nations on the continent are currently in some form of lockdown in order to combat the novel coronavirus. 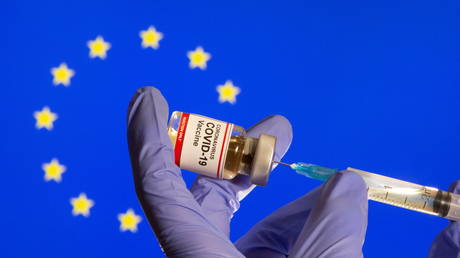