Prime Minister Abiy Ahmed has announced that the west of Tigray state has been “liberated” after a week of fighting that has threatened to create a humanitarian crisis, as refugees flee from the region.

Abiy took to social media on Thursday to claim that “the western region of Tigray has been liberated.” However, he has not allowed the media, humanitarian organizations, or independent observers into the region. In response, Ethiopia’s regional Tigray government declared a local state of emergency to fight the “invasion of outsiders.”

Since the fighting began, over 10,000 citizens have been forced to flee as refugees into Sudan, with more expected to seek safety. The growing fear of civil war in the country has sparked concern that a large-scale refugee crisis could destabilize neighboring countries in the region.

After hundreds of people were killed in the Ethiopian government’s air strikes and ground combat, the UN Office for the Coordination of Humanitarian Affairs warned that agencies are being blocked from getting necessary food, health and emergency supplies into the area. Prior to the conflict, the UN estimated that there were 600,000 people in the region who were reliant on food aid.

Tigrayans have claimed that they have been persecuted for two years following Abiy’s election and the Tigray People’s Liberation Front’s (TPLF) refusal to participate in his reorganization of the ruling coalition. Abiy escalated the situation on November 6 when he launched “limited” military operations in the country’s Tigray region to “restore the rule of law” after accusing the TPLF of “criminal hubris and intransigence.” 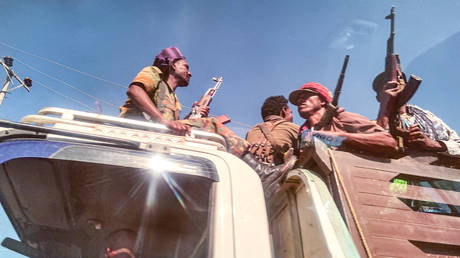 Who is the traitor in Assassin’s C...