Venezualan President Nicolas Maduro has expelled the EU ambassador to the country, giving the diplomat 72 hours to pack up and leave, after Brussels imposed sanctions on Venezuelan officials, including on members of parliament.

Maduro’s decision to banish Isabel Brilhante Pedrosa comes after the European Council decided to spap a flurry of punitive sanctions on a about a dozen high-ranking Venezuelan officials.

The 11 Venezuelans that have been hit in the latest crackdown include lawmaker Luis Parra, who replaced opposition figurehead Juan Guaido at the helm of the National Assembly in January. 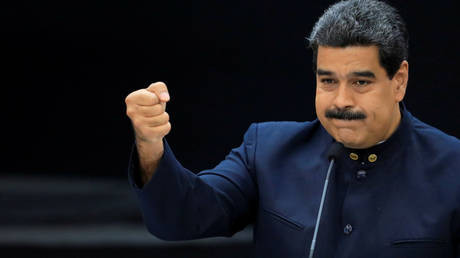 Nearly a fifth of all food pro...

New Alexa app on your Xbox lets you launch games, play music and even turn the console on