Maisie Williams, who portrayed Arya Stark in Game of Thrones, is considering buying bitcoin, and asked her Twitter followers for advice. The question sparked a frenzy, with Tesla founder Elon Musk even wading into the replies.

The English actress posted a poll to her 2.7 million Twitter followers, asking whether she should “go long on bitcoin.” The query quickly attracted more than 800,000 votes and, at the time of writing, Williams’ wisdom-of-crowds approach is cautioning her against the move, with 54 percent of respondents voting against investing in the cryptocurrency.

should i go long on bitcoin ?

But the poll is only the start of the story, as the post attracted thousands of messages in response. Unsurprisingly, there was an onslaught of Game of Thrones references, with Westeros fans hurling memes and quotes at the 23-year-old actress with more ferocity than an army of wights attacking a wildling village.

The whirlwind of reactions reached fever pitch when Elon Musk took time out from running his array of multi-billion-dollar companies to respond to Williams with a reference to another fantasy TV series.

“Toss a bitcoin to ur Witcher,” he said, along with two musical note emojis. The message is a reference to a song in The Witcher TV show, which became a viral hit shortly after the series was released on Netflix late last year.

🎶 Toss a bitcoin to ur Witcher 🎶

Musk’s message proved to be even more popular than Williams’ original post, quickly racking up more than 60,000 likes.

The Tesla and SpaceX founder is very familiar with bitcoin, previously describing its structure as “brilliant.” Twitter accounts pretending to be Musk in order to scam people out of bitcoin have plagued the social media platform for years. The business magnate’s real Twitter page was also among a range of high-profile accounts that were used to share a bitcoin scam earlier this year. 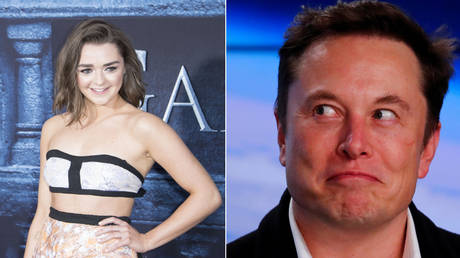