‘Elite controllers’ can cure themselves of HIV without any medical treatment, bombshell research claims

‘Elite controllers’ can cure themselves of HIV without any medical treatment, bombshell research claims

Extraordinary breakthrough research has indicated that a small group of HIV-infected people, dubbed “elite controllers,” have the power to rid themselves of the virus without any medical help.

Numerous previous studies, carried out over the course of several years, had found that a very small number of the 38 million people infected with the dreaded virus were able to suppress it without any treatment.

The remarkable new finding has found that an even smaller subset of “elite controllers” appear to be able to eliminate HIV from their bodies entirely without taking medicine at all.

The discovery is astonishing because HIV is a lifelong condition for which there is no medical cure. In the vast majority of cases, sufferers require daily antiretroviral therapy (ART) to control the virus and stop the development of acquired immunodeficiency syndrome (AIDS).

“What happens with these individuals, whom we call elite controllers, may shed light on a HIV-1 cure and also help us understand how a person with HIV might control virus and avoid HIV-associated comorbidities,” explained veteran HIV researcher, Keith Hoots, who is the director of the Division of Blood Diseases and Resources at the National Heart, Lung, and Blood Institute.

In the new study, experts from Massachusetts General Hospital, Harvard and Massachusetts Institute of Technology studied more than 1,500 elite controllers. Their research discovered that these people achieved virus elimination results which had previously only been seen following years of intensive medical treatment.

The authors say that elite controllers are the closest thing to a possible “natural cure” for the virus, which has claimed more than 33 million lives since the epidemic emerged in the early 1980s. 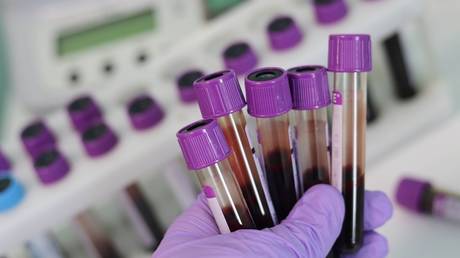