German prosecutors have charged an alleged Egyptian spy who worked in Chancellor Angela Merkel’s press office in Berlin for 20 years, claiming his espionage efforts date back to at least July 2010.

Identified in a statement from the German Federal Prosecutor’s Office on Monday as Amin K., the suspect first joined the German government’s press office in 1999 in the area of ​​visitor services, and worked there until 2019, when he came under investigation.

German news outlets reported that he’d worked as a mid-level employee, meaning he would have taken a special exam and undergone at least two years of vocational training to get the job.

The suspect, a German citizen, is alleged to have aided Egyptian intelligence by “observing and evaluating the media with regard to German domestic and foreign policy,” prosecutors said. The charges also claim Amin K participated in an unsuccessful bid to “recruit a source for the Egyptian secret service” by providing them with “the necessary contact.”

The suspect was also occasionally invited to official receptions in Germany, including a farewell event for the previous Egyptian ambassador to Germany in 2019.

In return for supplying Cairo with information, Amin K. secured “preferential treatment” for himself and his family, the German indictment said, including support for his mother in “asserting her Egyptian pension claims.”

The German government has previously stressed that the former press office worker did not have access to sensitive information. “Direct access to data from the parliamentary visit programme or other government press office databases, in particular media accreditation and the media service, was not possible,” a spokesperson said in August.

According to an annual report presented by Germany’s Minister for the Interior Horst Seehofer in July, Cairo had tried to monitor Egyptians living abroad, potentially in an effort to keep tabs on dissent against President Abdel-Fattah el-Sisi.

“There are indications that Egyptian services are trying to recruit Egyptians living in Germany for intelligence purposes through their visits to Egyptian diplomatic missions in Germany and their trips to Egypt,” the report read. 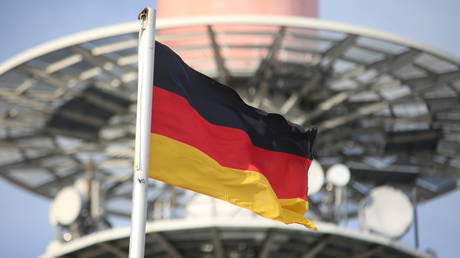 How the British government secretl...

Boris Johnson vows to get footie b...