Preliminary trials show that a Covid-19 vaccine being developed by German biotech firm Curevac is effective against the UK and South Africa variants of the virus, its CEO Franz-Werner Haas told EU lawmakers on Thursday.

Haas said the Curevac vaccine showed a “very nice protection” against the two strains, as he appeared in a hearing at the European Parliament.

The efficacy data from early animal trials looking at how well the two-dose jab works against new forms of the virus would be published soon, he added.

Human trials of the mRNA vaccine are also underway, and the jab is being reviewed by the EU’s drug regulator, the European Medicines Agency (EMA), which Haas said could approve it as early as June.

The bloc has agreed to buy up to 405 million doses of the vaccine, while the UK has placed an initial order for 50 million.

Curevac launched a global trial for its vaccine in December that could involve up to 35,000 people across Europe and Latin America.

The UK variant of Covid-19, B.1.1.7, has been detected in at least 50 countries globally, while cases of the B.1.351 strain first found in South Africa have been found in at least 20 countries.

Both spread more quickly than earlier variants of the disease. 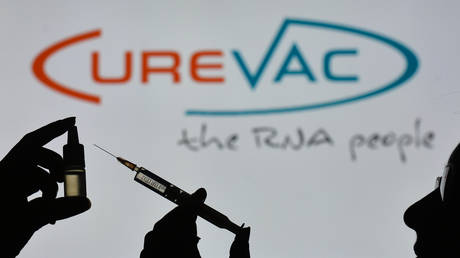