Close
Trending News
HomeWorldDrug use in Australia at HIGHEST LEVEL in almost 20 years, survey shows. What’s behind the alarming rise?

Drug use in Australia at HIGHEST LEVEL in almost 20 years, survey shows. What’s behind the alarming rise?

Drug use in Australia at HIGHEST LEVEL in almost 20 years, survey shows. What’s behind the alarming rise?

Drug use in Australia is at the highest level since 2001, according to a new report issued by the Australian Institute of Health and Welfare – and the media and Covid-19 could be to blame.

Over 11 percent of Aussies aged 14 and older use cocaine regularly, most of them male, the Australian Institute of Health and Welfare (AIHW) study found.

The proportion of people who think it’s OK for adults to use cocaine regularly has grown in the recent decade, the study says.

Accordingly, the number of people who admitted to using cocaine in the course of a year has increased from one percent to 4.2 percent between 2004 and 2019.

Between 2016 and 2019, particularly, the number of respondents who reported using it at least once a month increased by more than 50 percent. The actual number could be even higher as not every drug user is willing to admit it, even anonymously.

Beside cocaine, the report mentions ecstasy, methamphetamines, hallucinogens and heroin as the most popular substances among Australian drug addicts.

In 2019, in the country of 25 million, about 36 percent of the population had illicitly used drugs at some point in their lifetime, and 3.4 million had used one in the last 12 months, the study says.

That increase may be due to a variety of factors affecting public perception of drug use, including the legal status of the drug, culture and family attitudes, peer relationships, public health and safety campaigns, the AIHW says.

Experts also attribute the growth of drug abuse, among other reasons, to the widening perception that “recreational drugs” such as cocaine should be legalized.

“A range of factors, including media coverage and personal experience, are likely to influence people’s perceptions of drug use,” the research says.

Meanwhile, other experts claim that the coronavirus crisis added to Australia’s drug problem.

For instance, Leone Crayden, the chief executive of The Buttery, a rehabilitation center in New South Wales, expressed her concerns about rising substance abuse in the country amid the Covid-19 pandemic.

“We’re really concerned about what’s coming down the line in the next six months. Alcohol sales are up, people are hoarding prescription medicines,” she told the Guardian. During only one week in April, spending on alcohol and tobacco increased by 33 percent, according to the analytics consultancy AlphaBeta and credit firm Illion.

Drug abuse was bad enough in the country without the coronavirus crisis, though.

Australia has also been witnessing an increase in drug-related deaths in the past 15 years. The lack of intelligent government action to impose strong anti-drug legislation makes the situation even worse, the Asia and the Pacific Policy Society researchers say.

Besides, Australia may need to work on its rehabilitation programs. In the state of New South Wales alone, up to 500,000 people are unable to access treatment for drug and alcohol addiction each year, a special independent commission found out earlier this year. 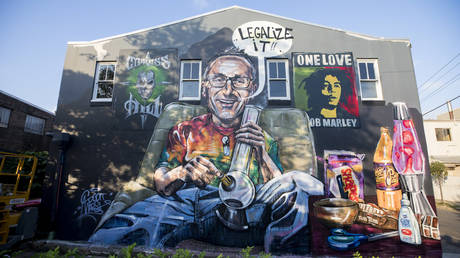