French police have arrested 61 people allegedly involved in a vast child pornography network. Some of the suspects are believed to have filmed their sexual assault of minors, investigators said.

The major sting was announced by Eric Berot, head of one of the divisions within France’s sub-directorate for battling organized crime, on Thursday. The arrests were made this week during a large operation that spanned 30 of France’s regions.

So far, 61 suspects have been detained. Several suspects had been working in positions that facilitated access to children – they include teachers, religious leaders and even city hall officials.

“These arrests include everyone – all trades, all social classes, from merchants to managers, from white collar to blue collar, of all ages, from 28 to 75 years old, from all family situations, single people, those in a couple, with or without children,” Berot stated.

At least 13 of those arrested have a previous criminal record and were on the national sex offender register. The suspects are predominantly male, with only one woman, suspected of watching the illicit videos alongside her partner, among those taken into custody. The demand for child pornography in France has grown amid the anti-coronavirus lockdown, Berot noted.

At least three of the suspects are believed to have been personally involved in raping minors on camera. One of the suspects, said to be a computer scientist, has admitted to having regularly assaulted his own 14-year-old daughter since she was nine, Berot revealed. Officers discovered an enormous cache of more than 110,000 illicit images and some 2,000 child pornography videos on his computer. 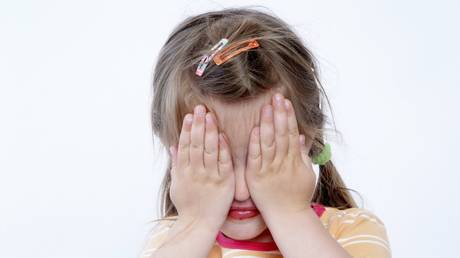