French electronics maker Parrot has played into alarmist fears of the Chinese government’s purported all-encompassing surveillance in the pre-launch campaign for its new drone – despite itself working directly with the Pentagon.

Teaser ads for Parrot’s new launch takes clear aim at one of its competitors, the Chinese company DJI, with the strap lines “Don’t trust Chinese drones” and “Do you trust DJI drones?” The pointed barbs clearly draw on anti-China sentiments repeatedly being stoked in the West’s – and in particular America’s – growing war of words with the Asian nation.

China-bashing is in many ways today’s Russia-bashing, with anything at all arising from the nation being labelled as suspect by foreign rivals with their own tech markets to protect and promote. The selective Western furore over Huawei’s ties to the Chinese government is, of course, a case in point, despite there being no concrete evidence offered to justify a blanket technology ban against the company.

In fact, a lot of technology over the years has been produced with state backing before being adopted for use internationally without so much as a raised eyebrow. The GPS project for example, was started by the US Department of Defense in 1973, and is widely used the world over without other governments constantly questioning its origins and potential nefarious motives for its use.

This may suggest that the ‘controversies’ surrounding such technological developments are much less about genuine concerns of privacy and more to do with trade protectionism. By discrediting another nation’s products, the accuser will more likely garner more customers who believe its damning charges.

The chief irony of Parrot’s teaser campaign is, of course, that the company is apparently quite happy to play its fiddle to the US government’s tune. In 2019, it was announced that Parrot was among half a dozen companies selected by the Pentagon to develop portable aircraft suitable for surveillance use by the US military.

This isn’t the first time hypocrisy has seeped into the tech/government surveillance debate. Whilst the Trump administration has continually lambasted Huawei for its suspected ties to Beijing, it has also gladly reprimanded Apple for refusing to work together with the FBI. When the tech giant refused to comply with federal agents in the unlocking of a suspect’s phone in January, Trump tweeted out that “They will have to step up to the plate and help our great Country, NOW!”

We are helping Apple all of the time on TRADE and so many other issues, and yet they refuse to unlock phones used by killers, drug dealers and other violent criminal elements. They will have to step up to the plate and help our great Country, NOW! MAKE AMERICA GREAT AGAIN.

In any case, cynical marketing that works on an emotional level has been proven to be a more effective trigger for consumers than sales pitches that take longer to digest. Nobel Prize-winning psychologist Daniel Kahneman defined two different ways of thinking: “System 1” is instantaneous, driven by instinct and prior learning, whilst “System 2” is more logic- and deliberation-based. Although the latter may lead to the least-rash decision making, it’s System 1 which dominates our decision-making processes.

Our ‘reptilian brains’ it seems, prefer to be provoked rather than mundanely informed – and tapping into fears of Chinese surveillance and domination which are continually being blasted across popular culture seems like a very convenient and potentially lucrative way to do just that. 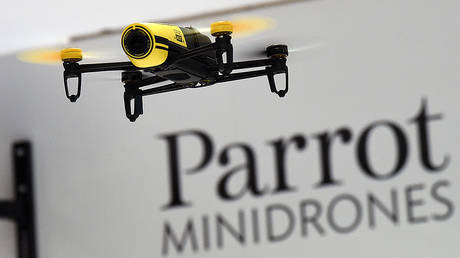