Belarusian leader Alexander Lukashenko has told his opposition they are wrong about his ratings, asking them to stop calling him names, as he “never insulted anybody personally.”

“I still lead the republic, and in no country is it allowed to insult people,” Lukashenko said during a meeting with the opposition in the city of Brest.

He urged the public not to insult him with the phrase “mustachioed cockroach” or other words.

Lukashenko also mentioned that the opposition should tell him about existing problems, rather than trying to lower his ratings ahead of the upcoming elections.

“Listen, no one will solve these problems except me and acting authorities,” the Belarusian president said, reminding the opposition that they already had “Sasha 3%” – ‘Sasha’ being short for ‘Alexander’ – printed out on T-shirts.

“Do you even believe that the current president has a three percent rating? I’ll get more than three percent even with this ‘alternative company’,” Lukashenko argued as he pointed his hand towards those present.

The presidential election in Belarus will be held on August 9. For now, seven people are in the race, while the Central Election Commission is carrying out the necessary checks to set up the final list. This includes Lukashenko himself, who has been in office since 1994.

One of the current president’s main rivals in the upcoming election is businessman Viktor Babariko, who is still in the running despite the fact he was detained on June 18, with authorities accusing him of trying to influence witnesses and hide evidence of previously committed crimes. According to the advocates, Babariko appealed against his arrest.

Last week in Belarus was marked with opposition protests. According to the country’s Ministry of Internal Affairs, around 270 picketers were detained on June 19. 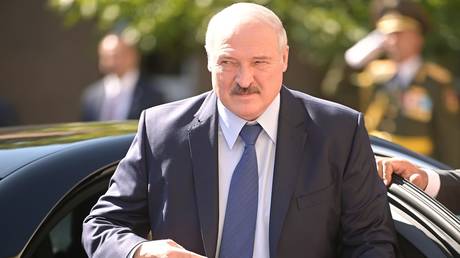