SFWA President Mary Robinette Kowal released a statement on Wednesday in which she describes how storied fantasy and science fiction writer Alan Dean Foster had come to the guild in 2019 alleging that he was no longer receiving royalty payments from Disney for a number of novels he had written.

Foster alleges the giant corporation stopped paying royalties when it acquired both Lucasfilm and 20th Century Fox, with whom he had existing and long-standing contracts.

“All these books are all still very much in print,” Foster points out in a letter addressed to ‘Mickey’, which was included in the statement along with a video press conference.

“They still earn money. For you. When one company buys another, they acquire its liabilities as well as its assets. You’re certainly reaping the benefits of the assets. I’d very much like my miniscule (though it’s not small to me) share.”

He claims Disney wanted him to sign an NDA before discussions even began, in what he alleges was an unprecedented move during his lengthy career as a writer, “For the obvious reason that once you sign, you can no longer talk about the matter at hand.” Instead, Foster and the SFWA went public.

He alleges that Disney has ignored repeated requests from his agents, questions from the SFWA and enquiries from his legal team.

“I know this is what gargantuan corporations often do,” he said. “Ignore requests and inquiries hoping the petitioner will simply go away. Or possibly die. But I’m still here, and I am still entitled to what you owe me.”

To add insult to injury, Foster says his wife has “serious medical issues” while he himself was diagnosed with an advanced form of cancer in 2016, for which both could use the money. “Not charity: just what I’m owed,” Foster says.

He also weaponized the words of former Disney CEO Bob Iger against the company, saying: “The way you do anything is the way you do everything.”

Foster and Kowal allege that Disney is arguing that it bought the rights but not the obligations of his contract, in direct contravention of US copyright law, which was structured specifically to prevent such circumstances.

Kowal claims that, if Disney is allowed to argue this, it “could set precedent to fundamentally alter the way copyright and contracts operate in the United States.”

Authors, including New York Times bestselling writers, screenwriters, bloggers and journalists all rallied to support Foster’s cause, under the hashtag “#DisneyMustPay,” with some describing the situation as “obscene bulls**t,” while others called it “grotesque” or a “scam.”

Disney are ripping off Alan Dean Foster using a dodge that could undermine copyright for many authors #DisneyMustPay https://t.co/bDwTV55oB6

#DisneyMustPay If you treat authors like this, @Disney why the hell will we ever want to work with you in the future? Creatives deserve to be paid for their work. https://t.co/oaomOsrJog 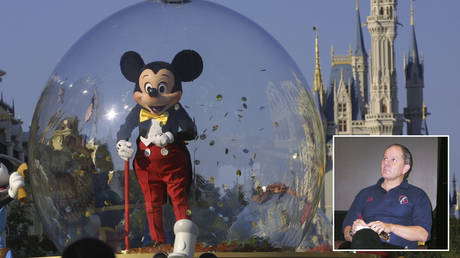